REMEMBR WHEN FROM THE PAST--MR. MUSIC MAN

REMEMBER WHEN FROM THE PAST
Thursday, June 25, 2009
Kenna Holm 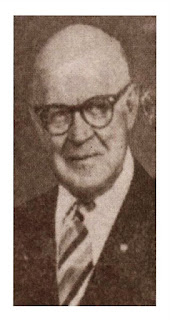 This week  I  want to spotlight 'Mr. Music  Man', J.D. Christensen. J.D. did so much with music here in town for many years.  He not only taught and led the band at the Payson High School,
he conducted the Band Concerts in the park and then when he retired from leading and Lewis Huff took over, he played in the band. He was the oldest member of the band and many of those in the band had been involved for many years with the City Band.
He was conductor for many choruses, Stake, Ward, he took over the La Nesta Ladies Choir when Carl Nelson Sr. passed away ,and he organized the Kiwanis Choraliers, a mens group.  Both of these groups were the very popular groups years ago. I had the privilege of   singing under his direction in the La Nesta Chorus. (La Nesta stood for Ladies of Nebo Stake). 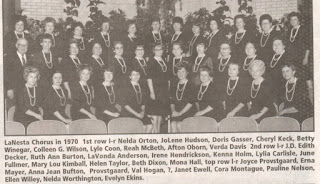 He was a  fun person to be around.  He taught me algebra in high school. He always laughed at me telling me I did all the algebra problems the hard way but it was the easiest for me and as long as I got them right I guess it didn't matter which way I did them. But I loved that class.. 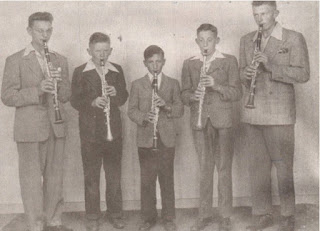 
Chris(as the students lovingly called J.D.) made the classes fun.  I never remember him getting mad or upset at any of the students.  Let's go back and tell a little bit of history about  J.D, (which stood for Jensen Dunn)   He was born in 1900.  He came to Payson in 1937  to take  over  as band director and led the band to many titles over the next 25 years he was at Payson
High School.  He  took  his high school band every year to the Days of'47 Parade in S.L. Helen Walker (Harmer) and I had the privilege ( I guess you'd call it a privilege to march in that blistering sun) of twirling the baton for the band for a couple of years and went to that parade.  I'll never forget how long and hot that parade route was. 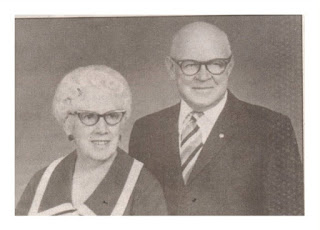 
He did great things for Payson High School. He taught himself how to play many of the
instruments. He thought if he was going to teach band, he needed to know how to play most of the instruments. But besides the band, he directed the Messiah each year for 25 years at the old Nebo Tabernacle.  He directed operettas, stake chorus, band concerts in the park, the high school band and on and on. He not only loved music, he was church and civic minded also. He was a charter member of the Kiwanis Club and even served as Lt. Governor of Division One of Kiwanis International.  He served as Kiwanis President in 1952 and also served in all the chairs of the Utah-Idaho District of Kiwanis International. 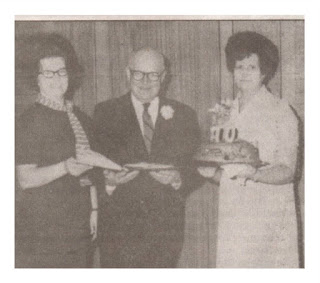 Kenna Holm and Pauline Nelson presenting J. D. a 70th birthday cake and a book of “This Is Your Life” which the LaNesta Chorus had reenacted.


He was County Justice of the Peace for 3 terms. In those days that was a position that had to be voted in and he did an outstanding job and was well liked and respected.  I loved his ad
for the election 'RE-ELECT J.D. FOR J.P. '  Clever. He  performed  many marriages, solved ticket problems and many other  things as the  judge.  His office was in the basement of his home. He never showed any favoritism for anyone. If you got a ticket and were guilty, you paid the fine. He even fined one young fellow for speeding who later turned out to marry his granddaughter. (I'll bet that fellow never looked at Grandpa J.D. without thinking of that later) 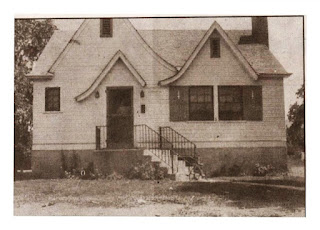 J.D. asked to resignin1985 because of health problems. He had had 2 major surgeries within a month and he felt he could not continue on in that position.
I remember in 1954, he was crossing the street in front of where Taco Time is now and was hit by a car. The accident broke both legs and he was in serious condition for quite a while.  I saw his bill from the Dr. who did  the  surgeries and  it was so different than things are now. The Dr. charged, $50. for the emergency and  shock  care,  $350. for  one leg surgery, $225.for the other leg's surgery (maybe that was a discount for having 2 legs operated on) and 15 days in the hospital at (now read this closely) $4. per day  for at total of $60. for the hospital room. But then wages then were pretty low compared to now. I saw some of his Notice  of Appointments in the Nebo School District and in1945 his salary was a whopping $2874. a year and it raised by 1962 to $6375.   Boy, doesn't it make you wonder how we got along back then but then everything was cheaper.
J.D. had many honors over the years. I don't know how many remember the journalist Dan Valentine, but he wrote a "Valentine" about J.D. in his column 'Nothing Serious" in the Salt Lake Tribune. In it he described all of J.D,'s attributes and at the end he said, "A fine man, wonderful teacher, faithful friend to all...and an extras special Valentine to you sir".
J.D. helped so manyalong the way.He lost his dear wife, Dorothy, in1991 who was 90 years of age and J.D. passed away in 1992 at the age of 92.  They left behind 5 children to carry on his legacy.
This is reallya Salute to 'Mr. Music Man' J.D. and the great man he was and I love to sit back and remember when....


This week  I  want to spotlight 'Mr. Music  Man', J.D. Christensen. J.D. did so much with music here in town for many years.  He not only taught and led the band at the Payson High School,
Posted by Dee at 11:01 PM 3 comments: