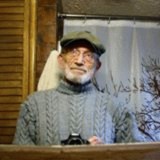 Calvin Clark Reece unexpectedly but peacefully passed away on Friday, January 6, 2017. Cal was born in Payson, Utah, on June 6, 1942, to Clark and Ferol Elton Reece. He was a U.S. Army Veteran, stationed in Germany and Colorado, where he served as a medic.
He was currently serving as the Vice-President of the Payson Historical Society and was a member of the Board of Trustees of the Peteetneet Museum.  After Cal posted a video to Youtube entitled “Payson, Then and Now,” this became the inspiration for the book by the same name that the Historical Society published and sold at the museum as a fund raiser.  He planted the seed that we needed to save the history of our community because if we didn’t,  the history would be lost to the next generations.  He will be missed by all the friends that he became involved with at the Payson Historical Society and the Peteetneet Museum.
He married Lis Baash in 1963 in Germany. They returned to Payson and together had two sons: Pete Clark Reece and Soren Poul Reece. They were later divorced.
Cal was very involved in the Payson community for many years, including the Chamber of Commerce and also owning and running a small business on Main Street: C. Reece & Sons.
In 1980, he married Ruby Ith, and they together raised her two daughters: Marcii Ith Palmer and Megan Ith Hansen. They later divorced.
Cal was preceded in death by his parents and his only brother, Jim Reece. Survivors include his two sons, Pete and Soren; stepdaughters and their children; sister-in-law Julie Reece; Nieces, Nephew, Great, and Great-Greats as well.
Also, many many, lifelong friends, whom he loved and all held their own special place in his heart.
In ways he may have been a private man, but his sense of humor and character were not. He will be missed by so many that knew and loved him. May the good karma he spread on earth be his legacy we can all carry on.
Godspeed and rest in peace, Good Friend, until we meet again.
Graveside Services will be Thursday, January 12, 2016, 12:00 noon, at the Payson City Cemetery, 805 East 400 North. Friends may call at the Walker Mortuary, 587 South 100 West, Payson, Thursday, 10:30-11:30 a.m.
Military Rites will be accorded by the American Legion, Dist. #4.
Posted by Dee at 6:53 PM 1 comment: